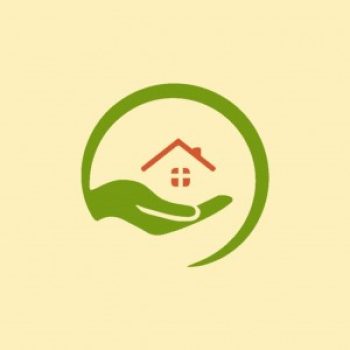 Bequests in wills and trusts can be a considerable source of income for charitable organizations.  Such organizations and their counsel, while remaining sensitive to the concerns of donors’ families, are well advised to pursue and protect their interests in any estate or trust proceeding involving a charitable bequest.  I describe here some important considerations on how best to protect the charitable interests in trusts and estates.

Review the instrument, such as the will or trust document, which provides for a bequest or payment to a charity.1There are a number of different types of trusts from which monies can be paid over to a charity.  These distinctions are beyond the scope of this blog.
If a charity learns that it has an interest in an estate or trust, someone should review the actual instrument in which such interest is set forth.  This should include ascertaining the amount or nature of the interest (including whether it is an outright payment of a specific amount, or a portion of the residuary), as well as any restriction imposed on the charitable gift being provided.  The charity and its counsel should not simply rely on a representation by counsel for the estate or trust, but ask to at least review the relevant language in the instrument.

If a specific amount is being given to a charity, it should make sure that the full amount is received.
Outright payments should ordinarily be paid in full, and not subject to reductions for fees or taxes, which are not ordinarily the responsibility of charities that receive outright bequests or payments.  If a charity is asked to sign a receipt and release in order to receive the payment, it should make sure it receives the full amount.2A receipt and release is the means by which a beneficiary of an estate may acknowledge receipt of the property to which it is entitled, and agree to release the executor from any further liability.  In the absence of full and accurate disclosure by the fiduciary of the facts upon which a receipt and release is signed, it is possible for a beneficiary to later challenge the receipt and release if it should have received a larger distribution (although this would not apply where the beneficiary has received the full amount of an outright bequest).  It is recommended that a charity consult with counsel before signing a receipt and release, as the document could contain a provision (such as an indemnity clause) which is contrary to the charity’s interest.

If a charitable gift or bequest is subject to a restriction (such as requiring it to be used for a particular purpose, and/or putting the monies into an endowment), the charity should determine that it is prepared to honor the restriction before accepting the gift.
If for any reason a charity determines that a restriction is onerous (such as for a use which would be difficult to carry out) or inappropriate (such as for a purpose which is not part of its mission or is otherwise problematic), it should not accept the gift or bequest.  A charity should be prepared to honor scrupulously any restriction which is imposed, including any naming or honor which it is required to bestow.

If the beneficiary of a will or trust is named in the residuary (that is, the assets in a deceased person’s estate after all gifts are bequeathed and debts, taxes, administrative costs, probate fees and court costs are paid), the residuary beneficiary will be impacted by those fees and expenses.  It should therefore consider the conduct of the executor(s) or trustee(s) and the reasonableness of the fees and expenses of administering the estate or trust before signing off on an accounting by the fiduciary.
An executor’s management of estate assets might improperly reduce the total value of the estate or trust (such as through imprudent investments or inappropriate expenditures).  The legal fees charged by the attorney representing the estate or trust could also impact the estate’s beneficiaries.  In both scenarios, assuming the charity has an interest in the residuary (as a recipient of an outright bequest should not be impacted by these considerations), charitable organizations have a right to challenge the accounting submitted by the executor (whether it is a judicial accounting submitted to the court or an informal accounting submitted to the interested parties.)

A will or trust instrument might be challenged by a family member who would benefit from the instrument being declared invalid.
When an individual chooses to leave substantial sums to charity in his or her will or trust instrument, such a bequest is often made to the detriment of the decedent’s family.  A relative of a decedent who is a “distributee” (that is, who would inherit from an estate by virtue of the relationship with the decedent in the absence of a will or trust), has legal standing to challenge the validity of the instrument.  The rules governing intestacy in New York are set forth in New York Estates, Powers and Trusts Law (EPTL) §4-1.1. Similar statutes exist in other states. The estate of a decedent who dies without a will is distributed among the distributees in a manner and order prescribed by the applicable state statute.

Testamentary capacity and undue influence are related concepts which often form a basis for challenging the validity of a will or trust instrument.
The testamentary capacity of the decedent can sometimes be a crucial issue, particularly when a decedent has executed multiple wills or trust instruments, has executed a codicil to a will or an amendment to a trust, has revoked a will, or has executed a document at a point in time where cognitive ability might be called into question. Since any amendments might prejudice the interest of at least one party to the original instrument, it is common for the party whose interests are impaired to raise concerns regarding the capacity of the testator or grantor.

When the testamentary capacity of a decedent is challenged, questions might be raised as to whether a beneficiary exerted undue influence to induce the allegedly vulnerable decedent to transfer or bequeath money to that beneficiary.  Charitable organizations can face both sides of these issues of capacity and undue influence, depending on whether their interests are best served by an earlier or the most recent instrument.

The circumstances with respect to a dispute involving an estate or trust, including whether a charity supports or opposes the disputed instrument, will impact the manner in which the attorney might best represent a charity.
If, for example, the charity supports the validity of the will or trust, the defense will ordinarily be led by counsel for the executor or trustee, and the charity’s attorney can minimize expenses by cooperating with or supplementing the actions of the estate or trust counsel.  If, on the other hand, a charity challenges a will or trust which might supersede a prior instrument in which the charity had a greater interest, its counsel would often have to play a more active role, perhaps in cooperation with other similarly aggrieved parties.

In New York, the Attorney General is a necessary party in proceedings where a charity has a residuary interest.
In New York and any other state where the Attorney General might have such authority, cooperation and coordination with the AG’s office in instances of disputes or questions can often enhance the likelihood that a charity will achieve a more favorable result. This could include a charity joining the Attorney General in defending or challenging a will or trust in which the charity has an interest, or disputing excessive legal fees or expenses or imprudent conduct by fiduciaries. The result can be achieved through either litigation or settlement.

Conclusion: Charitable organizations should be aware of the various issues that can arise in estate and trust matters, many of which can potentially affect the benefit ultimately received by charitable beneficiaries.
Organizations should work with their legal counsel to conduct appropriate due diligence and ensure that the organization’s interests have been protected before consenting to probate of a will or to the fees and expenses reflected in an accounting.

Moving Out Of New York

With the New Year comes new beginnings. I’ve noticed one 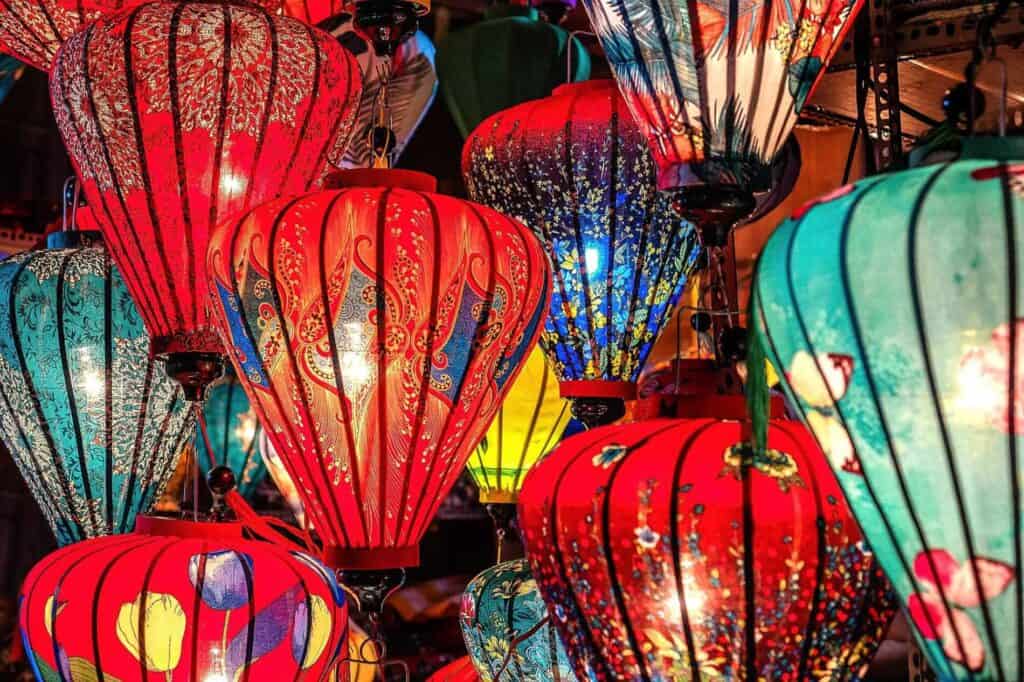 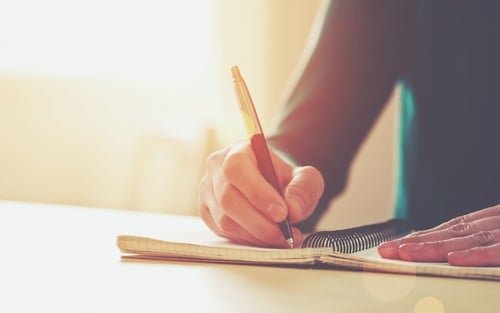 Our attorneys’ recent contributions to the media and nonprofit sector publications.

Check out our attorneys’ recent contributions to the media and industry publications. 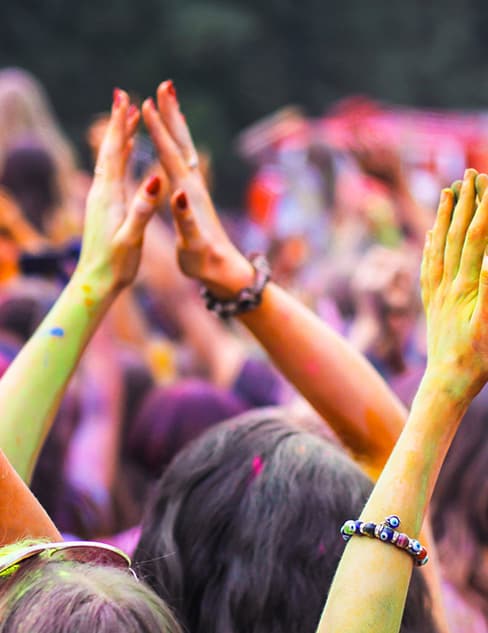 We view our clients as partners that share our commitment to bring about change in the world. Our goal is to provide them the peace of mind of knowing that they are in compliance with their legal obligations and to further empower them to achieve positive social impact and financial success.

Our mission is to provide the highest quality, integrity-driven legal services to our clients, using a practical, consultative, client-focused approach to identify and respond to problems and challenges.

We strive to maintain a culture characterized by respect, opportunity, diligence, mutual empowerment, entrepreneurship, and fair reward for efforts made on behalf of clients and the firm.

Perlman & Perlman is a Certified B Corporation

Certified B Corporations use the power of business to solve social and environmental problems. B Corps are unlike traditional businesses because they